Nine Assets Successful Adult Students Bring With Them to College

Ask any adult student about the journey toward a degree and you will hear stories of marriage and divorce, birth and death, jobs gained and lost, homes bought and homes destroyed in floods, hurricanes, fires. The trajectory is rarely a straight line, and distractions and sacrifices abound.

In a nation in which just 38% of adult students graduate each year, the success stories are particularly salient. What enables some students to persevere through untold obstacles to graduation? After working in this field for over 20 years, I've found the adult students who make it to graduation have several assets in common.

1. They know why they are here.

The adult and non-traditional students who find success have a goal they are working toward - a goal that is their own. They aren't there for parents or spouses or bosses or society. They are there because they want something more and they have determined that higher education is the only way they are going to get it.

2. They have a strong support network.

The successful adult student has at least one other person to lean upon. This might be a parent or an in-law, a best friend or a spouse, but it could also be a child or a fellow student. Regardless of the relationship, this support network is critical to the successful graduate's ability to persevere.

3. They believe in their ability to do the work.

4. They keep their eyes on the prize, no matter how far away it is.

Any goal that can't be attained in a few days can feel utterly unachievable. Think of all the people who start diets and give up within a week. For students to look at a baccalaureate degree and think, "I can do this," they must be deeply committed to the goal. A student told me recently that she kept telling herself that no matter how far away the goal appeared, "the time will pass anyway, so I may as well just keep working." This mindset enabled her to finish her accounting degree in two and a half years; she was hired at a prestigious firm within weeks of graduating.

5. They know how to advocate for themselves.

This aspect of being an adult student is hard, because it means walking the line between not speaking up for oneself and barraging people with demands. The successful student articulates his or her needs in such a way as to create a desire in others to help. These students approach problems with the perspective of seeking to understand and they are met with people who find themselves wanting to create solutions. In all the years I have worked in administration, I've rarely said no to a student to was a good self-advocate.

6. They understand what's at stake and they use that to motivate themselves.

Most adult students have myriad competing needs they must juggle in order to be successful, all of which can seem insurmountable. The victorious student sees these "competing needs" as reminders of what is at stake, and they allow themselves to be inspired to keep working hard in order to achieve their goals. I know two nursing students who are also new parents. Each of them - one male and one female - feels a twinge of guilt when they think of all the time they have missed watching their babies' first years, but they remind themselves that all this time will be worth it in the end, when they are able to provide for their families and be there for the memories to come.

7. They understand that 90% of success is showing up, day after day, semester after semester.

This may be the biggest asset of all successful adult students. Going to school is hard. It is exhausting. It forces sacrifices most never imagined. It is all too easy to drop classes, take semesters off, and ultimately, to leave altogether. Indeed, the numbers show that most adult students do just that. But those who succeed keep showing up. They take their classes, adding more classes when they can, and they pick up summer courses in order to get there faster. They know that for every dropped class and missed semester, graduation is pushed further out, and they refuse to allow themselves to lose sight of their goal.

8. They see themselves as survivors.

There is a contingent of people who believe they are victims of a crazy, chaotic world. The successful adult college student sees him/herself as a survivor. These students use their self-talk and their long term goal thinking to persevere through a bad teacher or a frustrating class or a low test score. They don't waste time blaming others for the things in their lives that slow them down. Rather, they seek ways through the negativity. A survivor problem-solves and trouble-shoots. S/he sees setbacks as opportunities. S/he persists, even when all seems lost. These students are the ones who make it through to the end.

9. They are grateful for the opportunity.

In any research on the perspectives happy, fulfilled people bring to their lives, the concept of gratitude arises over and over again. Simply stated: people who take the time to feel grateful are more likely to be happy. The adult students I've met over the years who have made it to graduation all share a similar desire to see the world as a good place, abundant in its gifts, and available to them. It's easy to envision oneself accomplishing anything when one perceives the world as a partner in the process. Students who take the time to be thankful find the energy and the strength to persist in their studies. It seems simplistic, but it's true: gratitude engenders a sense of hope, which is all you need when you are working toward a goal and life threatens to get in the way.

As we begin another semester, it's worth it to stop for a moment and notice the adult students who are working toward their dreams. These people are heroes - the few, the goal oriented, the self-advocating, the always-present, the well-supported, the positive thinking, the surviving, the grateful: the ultimate graduates.

This piece was originally published on the Huffington Post's blog on September 5, 2015. Sections have been updated for relevance, currency, and clarity. 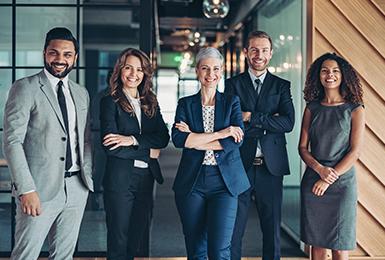 Why Business Management is THE Degree to Have in 2022 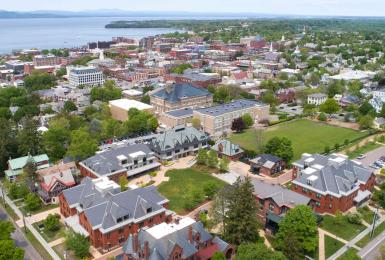 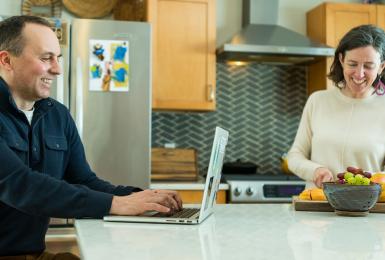