Chaos Breeds Hope: National Survey Finds Despite the Uncertainty of COVID-19 and 2020 Election Season, the Majority of Americans Feel Optimistic About the Future

Persevering Through 2020’s Challenges, Two Out of Three Respondents Have Taken Action to Improve Their Career Prospects

Burlington, Vt – October 14, 2020 – A new survey from Champlain College Online finds that 66% of Americans feel positive when they think about their future, even amidst the uncertainty of COVID-19 and the 2020 election season. The survey revealed surprising differences between adults with children at home and those without, as well as notable efforts among Americans to continue enhancing career prospects.

“Some of history’s most influential leaders have remarked that opportunity is found during times of crisis–that breakdowns often lead to breakthroughs. Americans are resilient and driven to leverage these challenging times, not be defeated by them. They’re optimistic about their futures and careers, and motivated to invest in them even when faced with a remarkably challenging 2020,” said Dr. Benjamin Ola. Akande, president of Champlain College. “When this positivity is paired with actions taken to persevere professionally and invest in continued learning and development, it gives us the courage to imagine better tomorrows–and propel ourselves forward.”

A particularly surprising insight was the career-related optimism of respondents with children at home, despite these individuals likely holding additional responsibility for caregiving and education at this time:

A majority of respondents (55%) were mostly or somewhat optimistic when thinking about their career prospects right now. This was reflected in their actions as well:

On a more personal level, many respondents (39%) report the pandemic has accelerated the timing of their decision to “develop new or healthy habits,” more than double the number who reported accelerating the timing of any other decision measured.

“As we face continuous disruption in all areas of our lives, we are having more intentional conversations with our co-workers, neighbors, and families about how we can move beyond simply surviving in times like ours, but actually thrive,” said Lindsey Godwin, Ph.D., Robert P. Stiller Endowed Chair, Professor of Management, and Academic Director of the David L. Cooperrider Center for Appreciative Inquiry at Champlain College. “The good news is that investing in self-care always has a tremendous ROI. The fact that people are taking more time to take care of themselves is good news for not only them, but for our organizations and communities as well, because healthier people help create healthier systems.”

Champlain College Online commissioned Engine Insights to field questions on its online CARAVAN® omnibus survey from September 16-18, 2020. The results are weighted to U.S. Census data to be demographically representative. The margin of error (for the entire sample of 1,006 respondents from all 50 U.S. states and the District of Columbia) is +/- 3%, and larger for subgroups, with a confidence level of 95%. 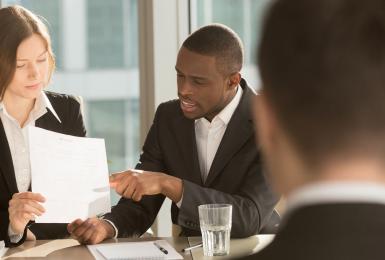 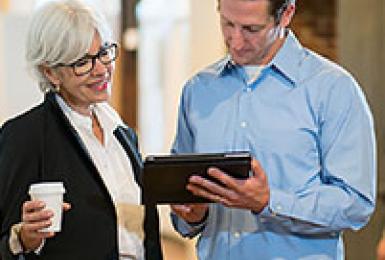 Dive deeper into the insights uncovered in the Adult Viewpoints 2020 survey.