Champlain College Online, a leader in career-focused adult higher education, today reported that Fall 2018 enrollment in its bachelor's degree programs grew 19 percent over the previous year, following the not-for-profit college's decision this past spring to reduce its online undergraduate tuition by 50 percent.

"The response to our undergraduate tuition reduction has been overwhelmingly positive, and it is reflected in our enrollment numbers," said Donald J. Laackman, president of Champlain College. "Our bold decision to reduce tuition was driven by our desire to help eliminate one of the top barriers many working adults face in returning to school-cost. It is encouraging to know that we are successfully creating pathways for more adults to accomplish their career and life goals through online education."

A Champlain survey conducted last year found that 60 percent of U.S. adults ages 23 to 55 without a bachelor's degree had considered returning to school but that costs and student debt were their biggest deterrents.

Overall, new Bachelor of Science degree enrollments among adult Vermonters increased 62 percent-from 37 to 60 students-over Fall 2017. This increase represents a significant step toward the state of Vermont's goal to provide 70 percent of working-age Vermonters with a postsecondary degree or credential of value by 2025-a goal that will require over 30,000 more Vermonters to earn a credential in less than seven years.

"Earlier this year, I began feeling stuck in my existing career but knew I needed an undergraduate degree to be a competitive candidate for new employment opportunities," said Heidi Rumble, a Vermont resident enrolled at Champlain College Online. "When I saw that Champlain College reduced tuition for its online bachelor's degree programs, I knew that I needed to do what was best for myself and my children, and get my degree."

Champlain's information security-focused bachelor's programs saw significant year-over-year enrollment growth in Fall 2018, with a full 35 percent of the undergraduate Fall 2018 class enrolled in either a cybersecurity or computer forensics degree program. Among Vermonters, new Bachelor of Cybersecurity enrollments saw a triple-digit increase of 167 percent over Fall 2017.

The notable increase in cybersecurity degree program enrollment among Vermonters comes at a time when employers across the state are finding it increasingly difficult to find well-trained workers to fill essential cyber positions. According to CyberSeek, the state of Vermont currently has more than 250 cybersecurity job openings. 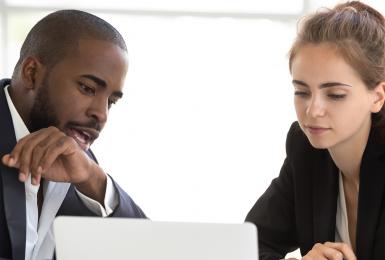 How to Address Employee Turnover: A Strategic Solution for Employers and Higher Education Providers 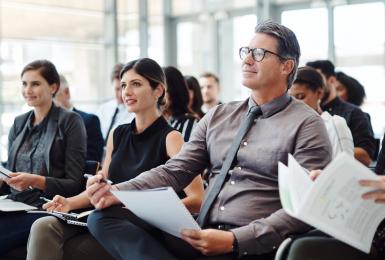 Our admission counselors are standing by to answer your questions. Complete this form and we'll be in touch ASAP!